Our church is a congregation of the United Church of Christ, a mainline Protestant denomination that emphasizes governance at the congregational level and values spiritual exploration and growth over doctrine.

It is a joy for Pastor Mark to be in ministry with First Congregational UCC since 2000. As a preacher and teacher, he finds this congregation exciting: People listen carefully, inquire fearlessly, read widely, pray fervently, and genuinely seek to discern how God is at work in their lives and what God would have them do as faithful disciples. He values the remarkably high percentage of membership that participates in worship, mission, education, hospitality, and pastoral ministries.

First Congregational is the third church that Pastor Mark has served since becoming a minister. His first two congregations were in Evansville and Rhinelander, Wisconsin. He earned his bachelor of arts degree at St. Olaf College, his master of divinity degree at Andover-Newton Theological School in Maryland, and his doctor of ministry degree at Garrett-Evangelical Theological Seminary in Illinois.

Mark has a particular love for classic church music and has sung in church choirs all of his life. Years ago he prayed that during his ministry he would have the privilege of serving a congregation with an excellent music ministry, and his prayers were answered. A member of First Congregational’s Chancel Choir, he appreciates the church’s wonderful relationship with UW-Eau Claire, through which the church benefits from faculty’s and students’ musical gifts – when blended with the talent in our congregation, worshippers enjoy high-quality sacred music involving our church choir, youth choir, and instrumental ensembles.

Shannon discovered First Congregational’s place in her faith journey when she and her husband, Manish, searched for a church home after their two boys were born.

Impressed with how First Congregational welcomed people of diversity, wherever they are at on their spiritual journey, they became members in 2014. Two years later she became Director of Small Group and Family Ministries and later Director of Faith Formation in May of 2017, a perfect fit for her love of teaching children and adults while helping them on their faith journeys.

An elementary-middle school education graduate of UW-Eau Claire, she was a gifted and talented program director and then a first-grade classroom teacher in Black River Falls before joining First Congregational’s staff. She values the opportunity to build meaningful relationships with church members and facilitate the development of faith formation programs for toddlers through adults.

She is a lifelong resident of Eau Claire, having grown up and attended school on the north side.

The UCC faith has been part of Pam’s life since birth. During her childhood life on the family farm in Indiana, her family attended a nearby UCC church that was her grandparents’ church home. After her family moved to Wisconsin, she attended and was confirmed and married at Immanuel UCC in West Bend. As a teenager, Pam loved volunteering in Sunday school there.

A few years after joining First Congregational, she coordinated the young children’s Sunday programs for 17 years. She became Office Manager in June 2017, a position that merged her UW-Eau Claire journalism degree skills, management skills from a family summer ice cream cart business, and her compassion for the people of First Congregational. She enjoys spreading the word about the church’s personally fulfilling events through the church newsletters, church app, digital signage, website, and calendar of events. She helps the church communicate and connect effectively with people.

Brass and instrumental ensembles that accompany the choir are formed from his musical talent connections several times a year for worship services.

Dr. Gary Schwartzhoff’s arrival at First Congregational in 1992 continued the church’s decades-long relationship with UW-Eau Claire’s music department. He was UW-Eau Claire’s director of choral activities for 25 years, retiring from there in 2016. He has been a music educator for more than 45 years.

Beyond First Congregational, Gary is the founding conductor of The Master Singers, a renowned community chamber ensemble of Greater Chippewa Valley members. He has conducted national choral festivals honoring former U.S. presidents in Washington, D.C. in 2009 (Lincoln), 2013 (JFK) and 2016 (FDR) and internationally in 2019, the 75th Anniversary of D-Day and the Liberation of France Choral Festival in Paris, France. He has a choral series in print with Colla Voce Music, Inc.

He and wife Nancy have two married daughters and five grandchildren.

Numbers fill Jennifer’s days. At First Congregational, she assists members and visitors with making contributions, including through electronic giving, and provides them with giving reports; handles accounts payable and receivable; and produces financial reports.

Jennifer also owns Blakeley Bookkeeping LLC, specializing in helping small business owners with QuickBooks Online, and is the Finance Clerk at Lake Street United Methodist Church. She is a member of Unitarian Universalist Congregation of Eau Claire, where she serves as Treasurer.

Born and raised in Eau Claire, she graduated from Memorial High School before pursuing advanced education at UW-Madison, UW-Whitewater, and Madison Area Technical College. She was bookkeeper for First English Lutheran Church in Whitewater for three years. She returned to Eau Claire in 2014.

Brent knows every intricate detail of First Congregational’s beautiful historic building, from the top of the steeple to the corners of the lower level where the educational and music rooms are located. For him, working with staff and interacting with members are the highlights of maintaining our facility, which he’s mastered since 2006.

He hails from Iowa, where his identical twin still lives. He earned his bachelor of arts degree in occupational safety and health from the University of Dubuque, Iowa, and moved to Wisconsin when his insurance company job led him here more than 30 years ago.

He and wife Karen have two adult children and three grandchildren.

First Congregational United Church of Christ, Eau Claire, seeks a Director of Elderlife to help keep members connected to and involved in church life. The successful candidate will work with a team of pastors, support staff, and volunteers dedicated to the vibrant life of the congregation.

The Director of Elderlife reports directly to the Senior Minister in a friendly, supportive environment. The director has significant autonomy to provide services to the mature members of the congregation. Listed below are expectations based on past successes and needs of the congregation. Note that not all functions are simultaneous or continuing:

The successful candidate will have had experience or training in working with the elderly or comparable qualifications, the ability to relate well to all church members and other staff, and the skills to:

For preapplication information: Contact John Urice, Chair of the Personnel Committee at jkurice@gmail.com. Communications will be in confidence, but may be shared with others on the committee. 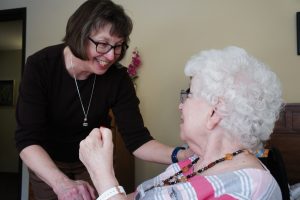 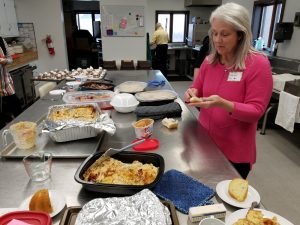 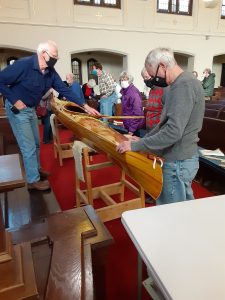